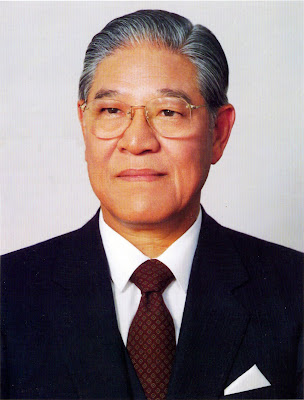 2. I did not start following Taiwanese politics until last year (i.e. 2019), so the following opinion is merely impressionistic.

The impression is formed from listening to the discussions on various Taiwanese TV political programs available on YouTube.

Following the passing of Lee Teng-hui on July 30, 2020, he became the main topic of discussion on Taiwanese TV political programs.

Some of these programs summarized the achievement of Lee Teng-hui in the democratization of Taiwan during the twelve years (1988-2000) he was President.

This "country above party" attitude of Lee Teng-hui compares very favorably against the Chinese Communist Party (CCP), which put the interests of the CPP above the national interest of China.

"Lee Teng-hui (Chinese: 李登輝; 15 January 1923 – 30 July 2020) was a Taiwanese politician and economist who was the fourth president of the Republic of China (Taiwan) under the 1947 Constitution and chairman of the Kuomintang (KMT) from 1988 to 2000. He was the first president of the Republic of China to be born in Taiwan and the first to be directly elected. During his presidency, Lee oversaw the end of martial law and the full democratization of the ROC, advocated the Taiwanese localization movement, and led an ambitious foreign policy to gain allies around the world."

"After leaving office Lee was expelled from the KMT for his role in founding the pro-independence Taiwan Solidarity Union (TSU), which forms part of the Pan-Green Coalition alongside Taiwan's Democratic Progressive Party. Lee was considered the 'spiritual leader' of the TSU, and recruited for the party in the past. Nicknamed 'Mr. Democracy', Lee was the president who initiated Taiwan's transition to the democratic era."

4. In 1996, Lee Teng-hui became the first President to be directly elected by the people.

In 2000, still chairman of the KMT, Lee splitted the KMT presidential vote through political maneuvering and ensure the victory of the Democratic Progressive Party candidate Chen Shui-bian.

When Lee Teng-hui oversaw the peaceful transfer of power from the KMT to the Democratic Progressive Party, his democratic reform was completed.

In splitting the KMT vote, Lee had engendered the wrath of KMT party members that lasted to this day.

But in oversawing the first peaceful transfer of power, Lee Teng-hui had set the democratic pattern for what were to come and deservedly be called the "Mr. Democracy" of Taiwan.